365 days ago, I started off on a unique and crazy journey, an idea to do something creative and man did it ever grow.  The final song and final thoughts.

You can follow / catch up, make song requests and help support this odyssey at the links above. I will keep this GoFundMe cause open throughout the year and close it out once this is over and present the check to the shelter where it will help a lot of critters. Check out the critters at http://greenhillsanimalshelter.org.

On the idea of being creative, what it takes and why it’s needed 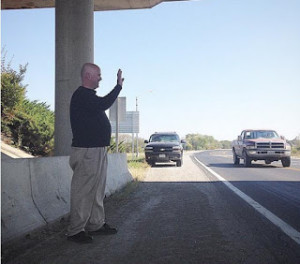 An idea came to me one sleepless evening, to do something creative.  While at first, the shelter critters wasn’t part of the plan, the idea was to do something to save my sanity; to do something that was unique and different.  Being creative, being different is so needed in this world, but it takes determination to see it through and chuckin’ those feelings out the door.

While I can’t speak for any other person, I can say that I’ve been a bit flaky when it comes to projects.  I would start them off, then wimp out near the middle, seldom finishing up a creative idea.  When this project came to mind, I knew that I would have to do things differently, namely start from a solid foundation, a foundation not based on a feeling, but on a plan.

Sure, feeling play a part in the creative process.  You get excited about the planning and imagine how it will turn out, but feelings dissipate, like a mirage in a desert.  When I started, I knew that I would begin to “lose interest” from an emotional perspective.  Sure, the first few weeks were fun and even the first month and a half was great, but then I was left with the work of completing the task.  There were so many days that I got so frustrated with the whole thing that I wanted to chuck it.  The cold, snowing and rainy days were especially bad, not to mention some of the wonderful drivers that flipped me off, yelled obscenities and even tried to hit me while I was singing.  The attention dropped off this “bright and shiny” thing and I was left mostly alone to do the job I had set out to do.  That’s the thing to remember,..it comes down to discipline, work, determination and patience.

I make no apologies in saying that I wish I could have met the goal and handed a big fat check over to the shelter.  There’s a part of me that feels like I’ve failed, but when I remember the original idea, to do something creative, I realize that I’ve succeeded.

The world sets the creative person up for failure.  Most of what you hear, either directly or indirectly, says “feelings are what is needed, be creative, but do it the way WE the world like”, when that is a lie.  Had I run off of pure emotion as my motivator, I would have quit within a few months or the first bad rain.  Feelings are fine, but in the end, it is best to remember the words of Beethoven when he said “a musician (and I would say any of the arts) must have the heart of a gypsy and the discipline of a soldier.”

The world goes against the creative person in another way, it tags money / fame as its measure of success.

I remember seeing the “three circles” of success for any entrepreneur.  The illustration is below: 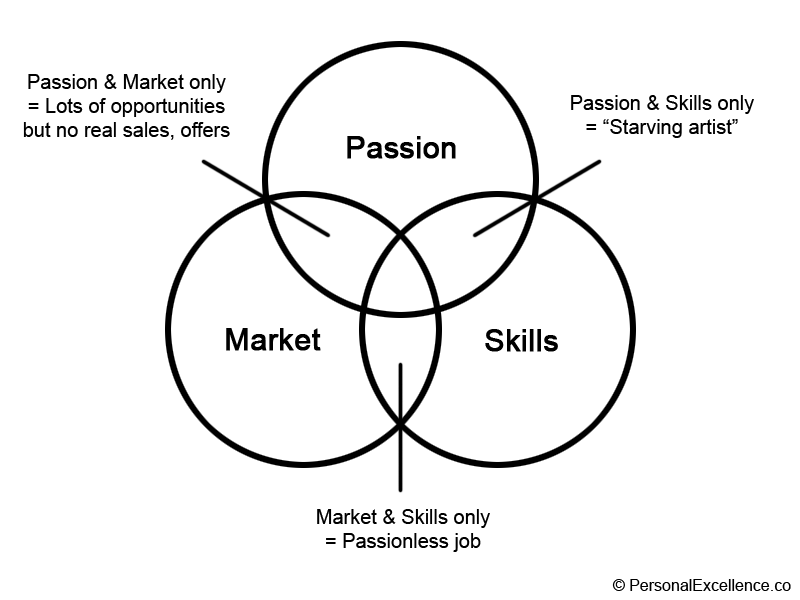 For me, I was being governed by whether or not my creative endeavors could fit a particular market.  After all, I would love to make money during this project and I wanted to catch the eyes of individuals to my idea / cause.  One day, I had a most profound thought while scooping dog crap (which is where I have my ah-ha ideas); did Steve Jobs create the iPod with the idea of an existing market?  The answer is NO, as there was no one out there that knew what an iPod was.  Steve had a creative idea and ran with it and the market was created.  My under the overpass idea wasn’t answering a need that a market was crying out for, the audience came about by me doing a creative thing.  If there is anyone out there that has read this far, then memorize this statement as it is the most important one,…do your creative thing and forget about the audience; if it’s good and unique, your audience will appear.  Don’t think like a flippin’ suit, be creative and let the suits handle your success while you are busy creating.

It takes an idea, discipline, perseverance, planning and patience to bring those wonderful creative ideas into the world.  Don’t let the people around you dictate your worth or the worth of your ideas.  Put it out there, cast that net, and you may bring in a catch that is more than you can handle, and oh what a wonderful problem that will be. 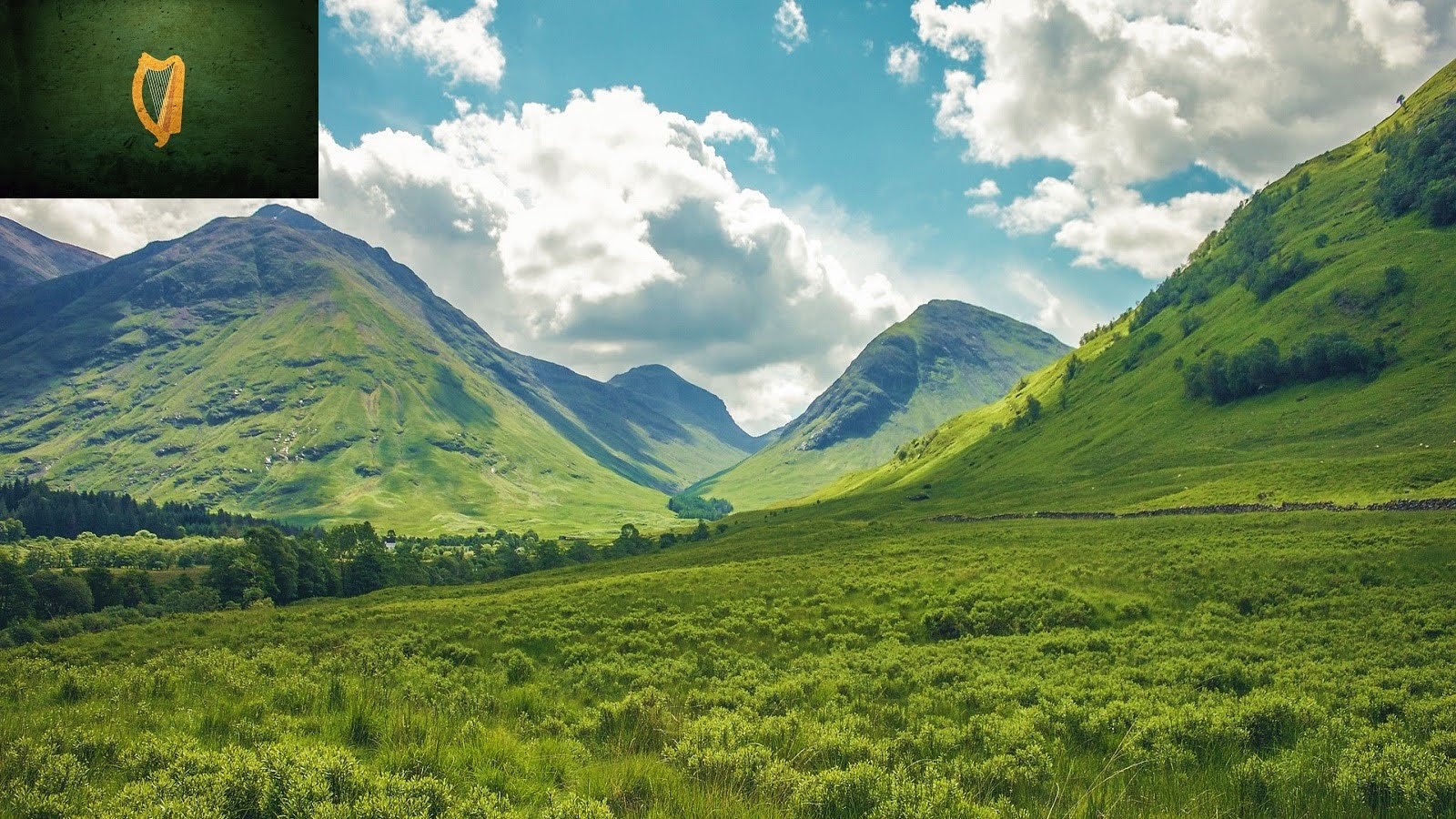 Only 3 days left… Lyrics: Take my life and let it be Consecrated, Lord, to Thee. *Take my moments and my days, […] 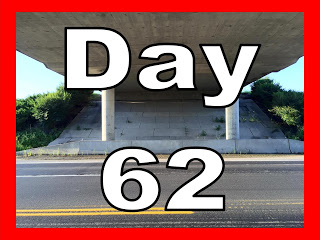 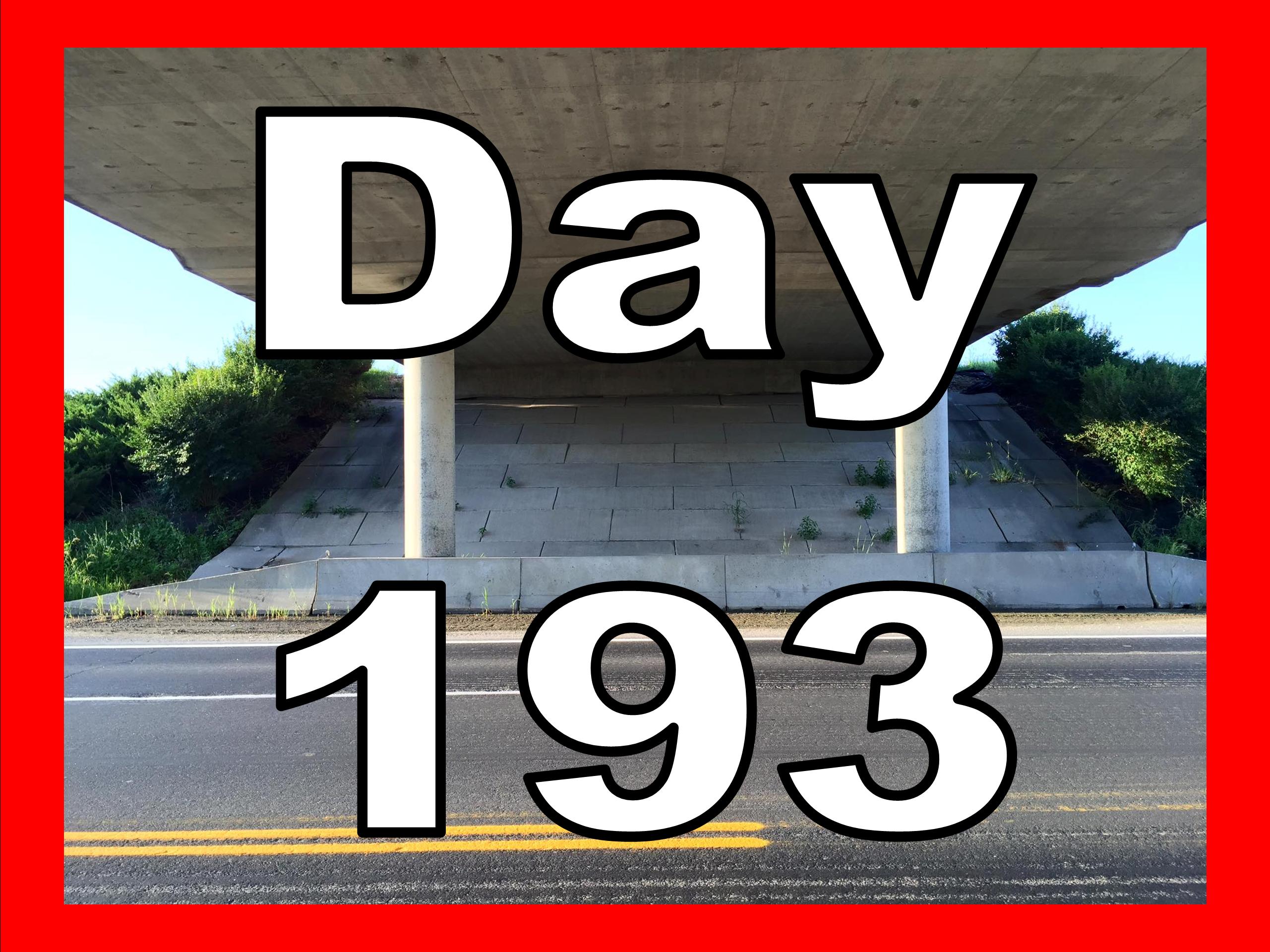 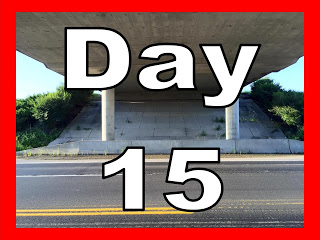 Former front man of Queen, Freddie Mercury, was a vocal god of rock. That cat could do things with his voice that […]